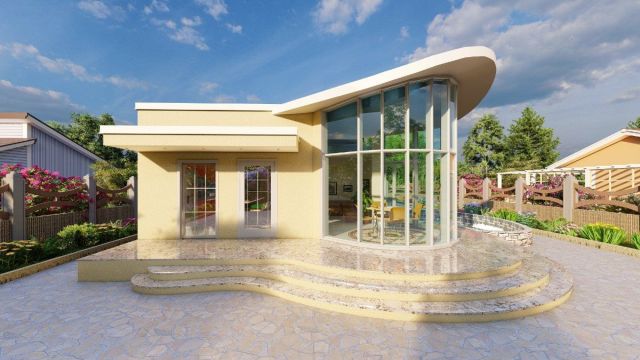 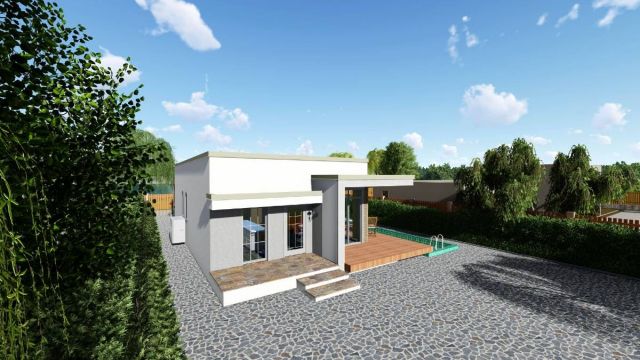 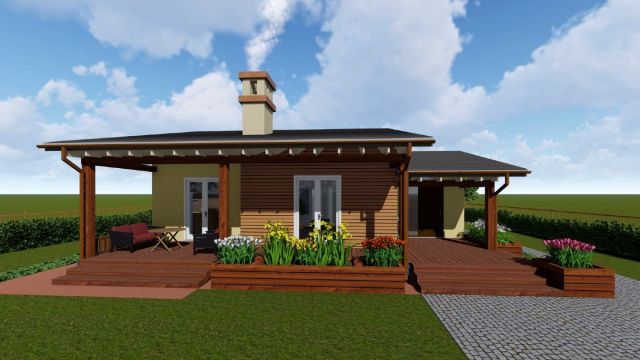 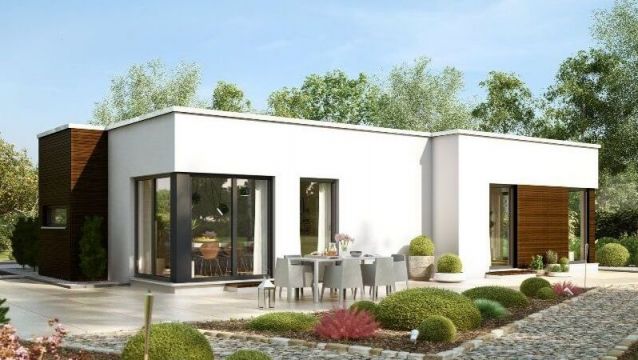 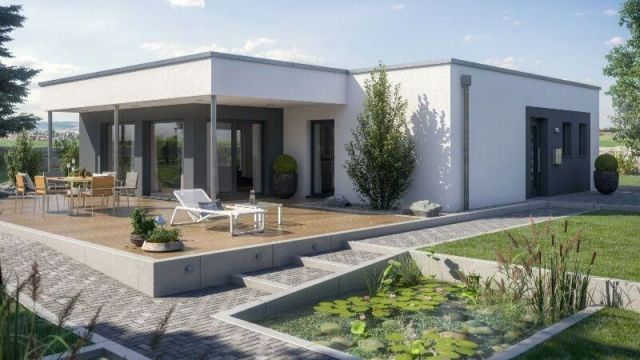 Modern frame house with a flat roof and panoramic windows 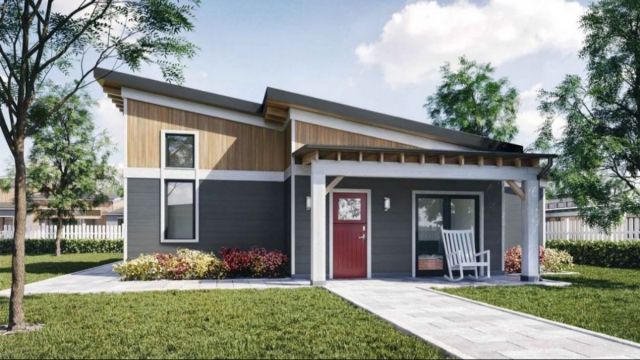 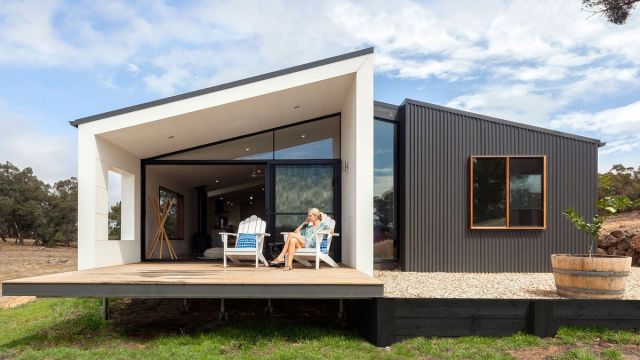 An Example of Finished Prefabricated House with 3 Bedrooms 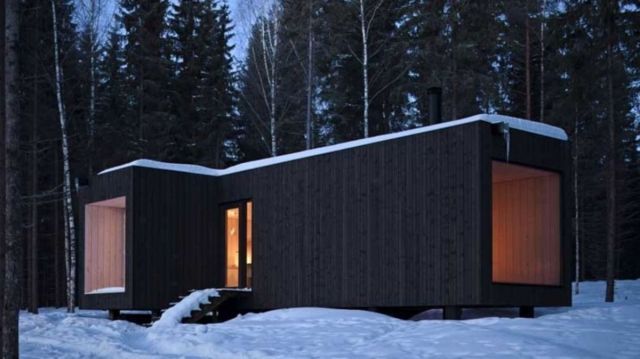 With a small budget for the construction of a house or the guest house is well suited modern single-story house plans up to 100 square meters. This is because the modern house plan is built with a flat, one-pitch, or simple gable roof. Such roofs are relatively inexpensive due to the simplicity of the construction. In addition, the common areas of the living room and kitchen-dining room are combined into one great room, reducing the cost of partitions and increasing the total area. In single-story house plans of up to 1000 square feet, you are unlikely to find more than three small bedrooms. Instead of partitions between the bedrooms, it is better to make built-in closets that will soundproof the adjacent bedrooms well. The master bedroom in the single-story house plan up to 100 square meters. Architects try to locate a master bedroom in the distance from other bedrooms or make a master bedroom with a large bathroom or a walk-in closet.
Any small one-story house plan can be completed later if you need a large area of ​​the house.

An Example of Finished Prefabricated House with 3 Bedrooms

Modern frame house with a flat roof and panoramic windows

We invite you to visit our other site, EPLAN.HOUSE, where you will find 4,000 selected house plans from around the world in various styles, as well as recommendations for building a house.