Every homeowner dreams of spending his money on himself and his family. Spending on heating, air conditioning, light, and water is a dire necessity. The less we spend on keeping the house, the more money we have left on other pleasant things. That's why we want to have a house that has low maintenance costs.

A large arched window in a monolithic house.

It is easy to create arched openings in walls with insulated concrete formwork.

Scientific achievements allow producing new effective building materials. These materials allow us to build a house both cheaply and efficiently. To the time-tested concrete and steel, we have added foam heat insulation. Insulators based on polystyrene and polyurethane have a thermal conductivity coefficient below 0.045 W/m*K. They can be produced in different densities. This has made it possible to produce an innovative product - formwork combined with heat insulation - Insulated concrete formwork (ICF).
The formwork is produced in two ways: by extrusion and cutting. The first method is more expensive, but it can produce any form of formwork. The fixed formwork is produced in small blocks. The two walls of the blocks are connected by means of molded or separate plastic ties. The molded block is usually cheaper. But it takes more space when transported. Therefore, the low cost at first glance may not be so low.

Removable plastic ties are equipped with slots for laying horizontal reinforcement steel. There is no need for binding wire, which speeds up the formwork assembly process. In addition, the ends of the plastic ties serve as furring strips for attaching dry plaster or other finishing materials. This also speeds up the process of finishing the house.

The last method has several disadvantages.

But there are also positive aspects. It is possible to use less dense concrete formwork, which is cheaper. There is no need to pay for a concrete pump. You can build in rural areas.

The process of wall construction may be different, but the advantages over other construction methods are the same in both cases.
One of the laborious steps in constructing a brick or block concrete house is the production of door and window openings.

It is necessary to buy metal or concrete lintels or to make them from the concrete mixture on-site using formwork.
It is required to insulate the external openings in the future.
In the construction of ICF creation and insulation of openings is integrated into the overall process of a wall assembly. Install additional reinforcement around the openings and make temporary formwork from planks. The ends are closed with polystyrene foam plugs. The easy forming of the aperture allows the use of a wide variety of shapes of windows and doors.

Various structural methods are used to create the floor slabs between the stories.  These can be

When using ICF to form a concrete floor, a water underfloor heating system can be installed simultaneously.

Laying of power networks and pipes

Installing sockets and pulling electrical wires is painstaking work. Doing this on walls made of concrete blocks or bricks is quite difficult. It is necessary to continue the kilometres of the shaft and drill dozens of holes for sockets and switches. Unlike brick houses in houses with insulated concrete formwork, this can be done with a conventional hot knife or a simple electric tool heating the string. A chain saw with a cutting depth control will also be useful for this purpose.

The choice of building design depends largely on the availability of building materials in your area, the builders' professional skills, and local traditions. However, if insulated concrete formwork is available in your area, building a house from it is the best solution. 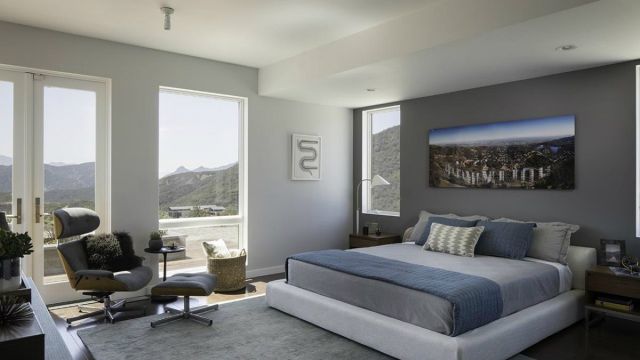 The bedroom design in gray diluted with lots of white does not seem gloomy,… 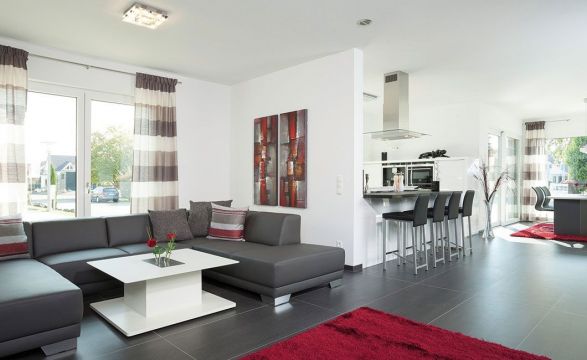 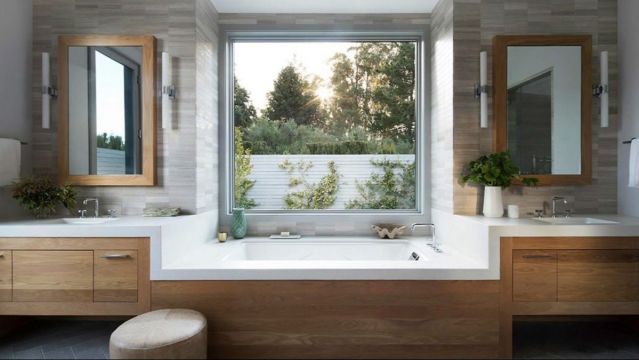 White walls in bathrooms give a fresh look and feel. Modern design ideas…