It is hard to imagine, but such a valuable invention of humanity as an air conditioner is more than 2 thousand years old! Even the ancient Persians and Egyptians, who lived in the hottest regions of our planet, were able to provide their homes with a blessed coolness when the temperature outside rose above 120 degrees.

Thanks to some specimens that have survived to this day, modern scientists have found out how they worked, and many who were able to appreciate its coolness claim that windcatchers are much more effective than the most powerful split-type air conditioners of our time.

On the eve of a sultry summer, many begin to frantically think about how to protect their home from the unbearable heat that will inevitably come shortly. Naturally, the modern market offers a vast selection of air conditioners, but as it turned out in ancient times, the inhabitants of the desert and arid regions of the Middle East were able to provide their homes with cool air and ice water by constructing special wind collectors. For more than 2 thousand years, these unique systems have aroused the genuine interest of descendants, surprising with their calculations and construction technology genius.

Unique designs, which are called "badgirs" in Persia (the territory of Iran), and "malcafs" in Egypt (which means "windcatcher") have already been sufficiently studied, and modern engineers consider their capabilities to be more effective, one might even say perfect than the best systems of air conditioning in the XXI century. And this is not without reason because it does not need any power sources and will not need repairs even after several millennia if only the structure itself survived.

As it turned out, creating the much-needed cooling system required exact geometric, mechanical, and architectural calculations by the scientists and architects of the time.

The builders began to work in the center of any room, be it a huge palace or a tiny house, erected high towers, inside which vertical air channels were created strictly according to the calculated parameters. Moreover, such meticulous calculations and planning were carried out for each specific building because the house's location and height played a significant role. After all, these tunnels should ensure unhindered and correct airflow movement, causing a "fireplace effect."

It's just that the effect is somewhat different from that of smoke extraction. Thanks to the holes located at the very top of the structure, the wind is caught and drawn in due to the pressure difference, pushing out the stale air, making room for fresh and cooler air.

Considering that windcatchers were huge, their work was not limited to the usual functions of the hood. They made it possible to cool the air and walls and underground water storages with their numerous channels to almost 32° F (0° C). In the premises, the temperature dropped by 10-12 degrees compared to the outside, which is quite a lot in the Middle East's climatic conditions.

For many centuries, these structures have served as ventilation shafts with constant air circulation and authentic architectural heritage of this land. Moreover, the shape, height, and uniqueness have become a kind of hallmark of the entire country because each windcatcher has its unique outlines, and the most interesting is that it's not for the sake of beauty - there were good reasons for this.

Typically, windcatchers are one-sided, four-sided, or eight-sided. For example, in Yazd, located between two mountain ranges, desert winds disturb less than in other areas, architects could easily design tall four-sided or eight-sided structures.

If this is a desert area, such as in the city of Meybod, then windcatchers were erected low and one-sided, oriented to the side, where cool and more pleasant air masses with the least amount of hot sand could come.

The most exciting thing is that this kind of structure, whatever its shape, has its original outlines, and it is almost impossible to find the same ones. Different architects designed them, and each had its particular style, which is its hallmark, but the house's location also dictated certain conditions.

For example, the lower the house is in a densely populated area, the higher it was necessary to raise the tower to ensure the airflow, and the north side, directed towards the Isfahan wind, must necessarily be a foot taller than all the others.

That is why the original towers that have survived to this day are still considered true masterpieces of architecture and a monument to the genius of engineering thought of humanity. Tourists from worldwide come to admire and see it with their own eyes that such a miracle is possible. 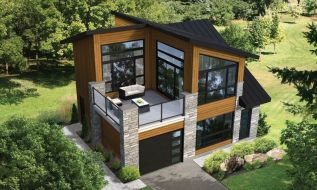 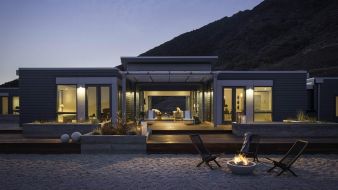 We invite you to visit our other site, Eplan.House, where you will find 4,000 selected house plans from around the world in various styles, as well as recommendations for building a house.