Since the abolition of the incandescent bulb in Europe, companies engaged in the construction of eco-friendly and passive houses drew attention to "lighting". First of all, due to the fact that mercury-containing energy-saving lamps and first-generation LED lamps could not convince specialists of safety, from a building biology perspective. In addition to poor quality of light, low life, and pollutant content, all lamps available on the market due to built-in electronics have a high level of flicker, which adversely affects the health and well-being of people.

Why is Flicker-free Light Healthier?

The light from previously available bulbs of all kinds due to the built-in electronic control or AC power source has a high level of flickering (intensity of switching on and off the lamps invisible to the eye).

The light flicker cannot be consciously perceived by the eye due to its inertia. According to physicians, this invisible stroboscope is an additional stress factor for the human organism with increasing intensity. Not only sensitive people react to it with rapid fatigue, headaches, and similar symptoms, but also absolutely healthy. In extreme cases, even epileptic seizures are possible.

Highest Light Quality According to the Model of the Sun

The sun is an important basis of life for humans. Their light spectrum should be a model for modern lighting devices. Today, however, artificial, unnaturally composed light more and more defines our everyday life. This can lead to negative side effects.

The quality of vitamins and hormones of the human body are decisively influenced by the quality of the light. In addition, the sleep-wake cycle and the human mood are controlled by light as well as the level of the anti-cancer hormone melatonin.

Above all, the high proportion of blue light from fluorescent tubes, energy-saving lamps, and also many LED bulbs reduce the melatonin level in humans.

In the development of Pure-Z products, the focus was on the reduction of light flicker, better color rendering, close to natural spectral distribution, and low electromagnetic radiation. This was confirmed by the Public Chamber of Health, Housing Hygiene and Toxicology of Living Areas under the direction of MD Mario Bley confirms: The "PureZ-Retro" receives the "Recommended Accommodation" rating. Extensive tests were carried out, in particular, at the Fraunhofer Institute for Applied Optics.

The light flicker coefficient takes into account the pulsation of the luminous flux to 300 Hz.

The technology of our Biolight is brilliant and simple: with the new filament technology (LED filaments) it is again possible to reproduce the beloved haptics of the light bulb. Nevertheless, outstanding features of the "PureZ-Retro" are the maximum flicker-reduced light, a spectral distribution very similar to sunlight, and also excellent color rendering.

What is the LED filament?

The filament is a pie consisting of several components. Thin glass (not so good conducts heat) or sapphire/ceramic (well conducts heat) substrate - depends on the greed of the manufacturer - with two contacts at the edges. On this substrate are installed LED chips, which are connected in series with the finest gold thread. Then the entire construction is filled with a phosphor and, voila, the filament is ready.

The idea behind this type of LED is simple: try to squeeze a little more lm / W, because in this design it does not matter where the LED emits, unlike SMD. Light anyway, reach the phosphor, and give a warm component (green and red colors).

For the average consumer, overheating or insufficient heat removal from LEDs means only one-fold  deterioration in the performance of LED lamps

However, despite the undeniable advantages over SMD LEDs, filament lamps have a number of problems that somehow do not want to notice. For example, in a "standard" layout with SMD diodes, a rather massive aluminum substrate and a housing efficiently divert heat, whereas in threads the only way to remove heat is in fact only convection and dissipation through the walls of a glass bulb. That is, the banal overheating gradually kills both the diodes themselves (the brightness drop with temperature) and the phosphor (the CRI or Ra color index and the CCT color temperature suffer). Yes, this method of "overheating" works for a tungsten lamp, because the gas in it partially contributes to the regeneration of the filament during use, but no more.

Measurements of the temperature of the filaments themselves with the help of an IR camera (thermal imager) - hopefully - convincingly show and prove that filament technology can not be a complete replacement of conventional SMD lamps with an aluminum radiator and a much more efficient heat sink. Plus, we add substantially limited space for the driver and as a result, we will get that bright and powerful lamps with a long lifespan based on filament create will be problematic. 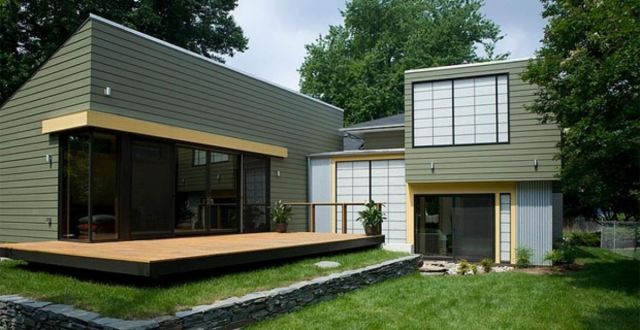 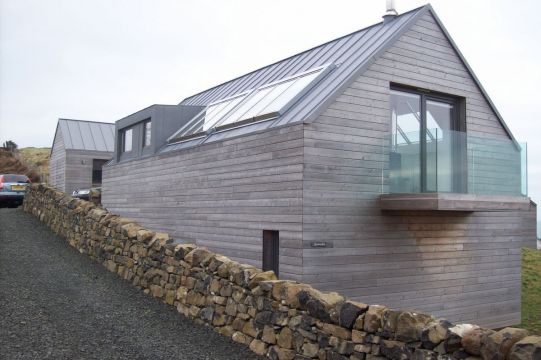